“When the light from the explosion cleared, a new celestial body hung in the sky: They called it Weight. A perfect planet, now cautiously inhabited by small groups from both OriCon and the Diaspora. It taunts those on Counterweight: Its green continents. Its unfrozen seas. It is so far away, but there it is, every night, so, so close.”

—Austin Walker (Episode 00: If Han Solo Used to Be Beyoncé, or: Hashtag Otechku) 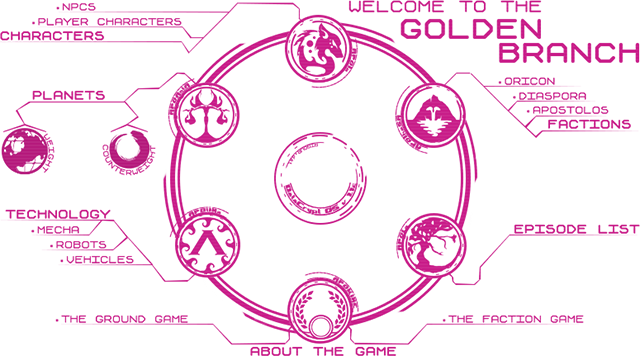 Welcome to the COUNTER/Weight Wikia

Hello! Welcome! Help yourself to a cup of coffee from the Constellation Café. It's warm enough, I guess. On Weight I hear they serve the good stuff, but we make do.

Cutting to the Chase

We're working on that, we really are, but things are very much an early work in progress at the current time. So, if you proceed past this introduction page, be forewarned! Odds are if you are already finding us at this early stage you probably know a lot about COUNTER/Weight anyway, but better safe than sorry. Go listen to more episodes of the podcast and come back!

If you're already caught up, help us with some articles, and if you have some wiki knowledge you can put it to good use hiding spoilers!

This is a fan wiki for COUNTER/Weight, which is a science-fiction roleplaying campaign set in a world inspired by mecha anime, noir, cyberpunk, and Cold War-style drama.

COUNTER/Weight is the name of the second season of the Friends at the Table podcast. Friends at the Table is an actual-play podcast about critical world-building, smart characterization, and fun interaction between good friends. The podcast is presented by StreamFriends.tv and RunButton.net.

COUNTER/Weight is actually two games in one! There is a "ground" game, which deals with a group of characters called The Chime who take jobs of dubious legality to pay the bills, and a "faction" game, which deals with the political and military actions of the larger setting. Some background information, as well as an explanation of the two games, is below.

The ground game runs on a slightly modified version of The Sprawl, a cyberpunk RPG developed by Hamish Cameron, based on the game Apocalypse World by Vincent Baker. The first few episodes, however, were run using Mechnoir, an official hack of the game Technoir by Jeremy Keller.

Austin Walker is the GM, and the roles of the PCs are taken up by Ali Acampora, Keith J. Carberry, Jack de Quidt, and Art Tebbel.

We follow the lives of a group of four individuals known as the Chime, which is part-private investigation firm, part-governmental agency, and part-underground small crime. They undertake missions, get into trouble, fight mech battles, and generally avoid death and poverty on the harsh urban sprawl of Counterweight.

Sylvia Clare, Andrew Lee Swan, and Austin Walker collaborate together on the faction game, which runs using a combination of the faction turn system from Stars Without Number by Kevin Crawford, and Microscope by Ben Robbins.

The three players assume the roles of entire factions in the Golden Branch Star Sector, determining through role-play and minimal dice rolling how the ambitions and schemes of the system's movers and shakers pan out. Frequently they will "zoom in" to answer questions about specific situations or characters.

What happens in the faction game creates ripples both tiny and massive within the ground game, further complicating the life of the Chime.

Retrieved from "https://counterweight.fandom.com/wiki/COUNTER/Weight_Wikia?oldid=2418"
Community content is available under CC-BY-SA unless otherwise noted.